Exciting Qualification race for the KO-Sprint 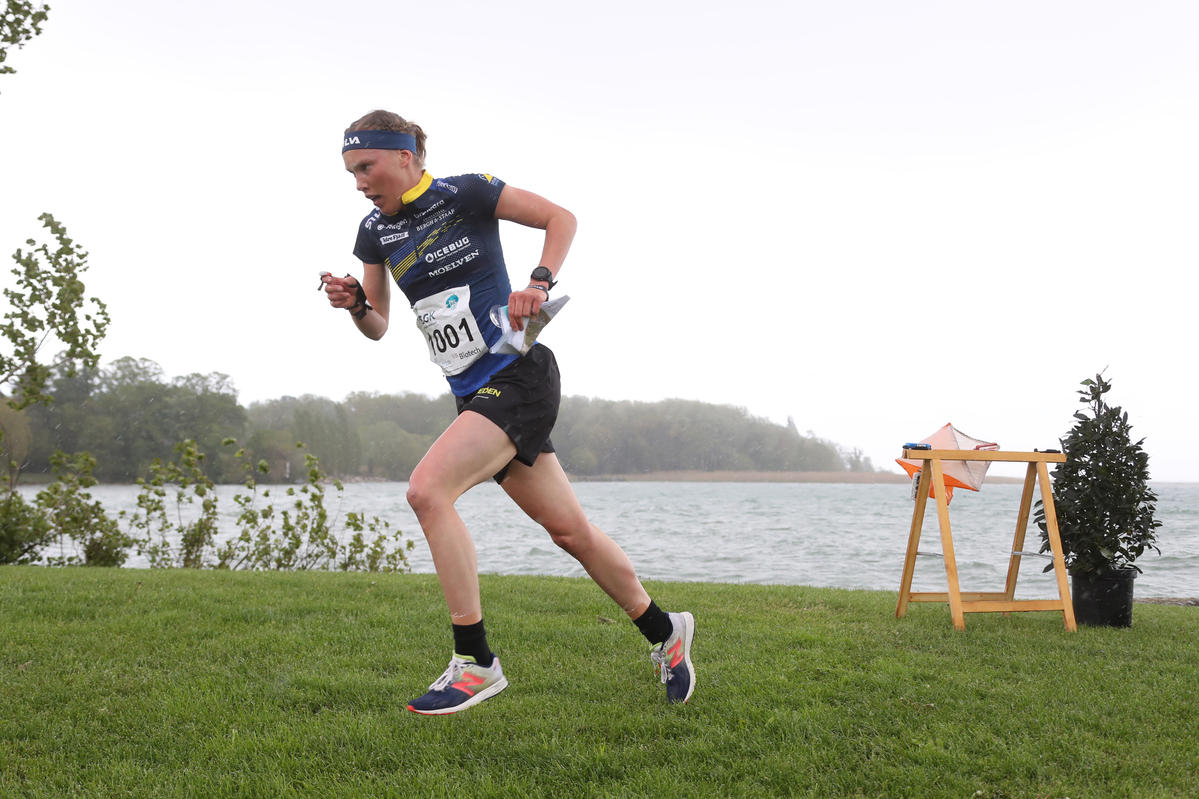 In the qualification race for tomorrow’s Saturday Knock-out Sprint the individual heats were won by Yannick Michels (BEL), Matthias Kyburz (SUI) and Kasper Fosser (NOR) on the men’s side and by Andrine Benjaminsen (NOR), Elena ROOS (SUI) and Simona Aebersold (SUI) with the women.

Athletes from a total of 28 Nations met in St-Blaise for the qualification races. It is a community which lies a few kilometers east of the EOC main city on the Lake of Neuchâtel. The finish arena of the competition was located directly on the shore of the lake at the local boat harbor. The race was divided into three start heats each for the men and the women. 12 athletes could qualify from each heat for the final races. Tomorrow Saturday, the 36 best orienteers (men and women) will then compete in the finals of the Knock-out sprint.

Not all favorites for a top result could qualify for the final. Gustav Bergman from Sweden for example did not make the cut for the finals coming in as 17th in his field by missing out only by four seconds. The Frenchman Frédéric Tranchand also did not qualify coming in 15th in his field. The individual heats were won by Yannick Michels (BEL), Matthias Kyburz (SUI) and Kasper Fosser (NOR) on the men’s side and by Andrine Benjaminsen (NOR), Elena ROOS (SUI) and Simona Aebersold (SUI) with the women. The host country Switzerland could convince for the most part. From the eight men who started only Christoph Meier barely missed the final as 13th in his heat. On the women’s side Sofie Bachmann and Martina Ruch did not qualify.

The qualification race for the athletes was a little over 3 kilometers long with 50 meters climb. 20 control points had to be found in a running time of less than a quarter of an hour. Longer sections between the individual controls were equally challenging for the participants as were the technically difficult passages in the narrow alleyways and roads of the village with the character of an Italian little town. Beginning rain created slippery conditions in the women’s race and added to the challenge.

The former Swiss team members, Fabian Hertner and Andreas Kyburz acted as course-setters for the qualification as well as the final races of the Knock-out Sprint at these European orienteering championships. Both have competed several times in European- and World Championships during their career and could also celebrate several medal successes.