K.O.-Sprint: Gold for Alexandersson and Kyburz 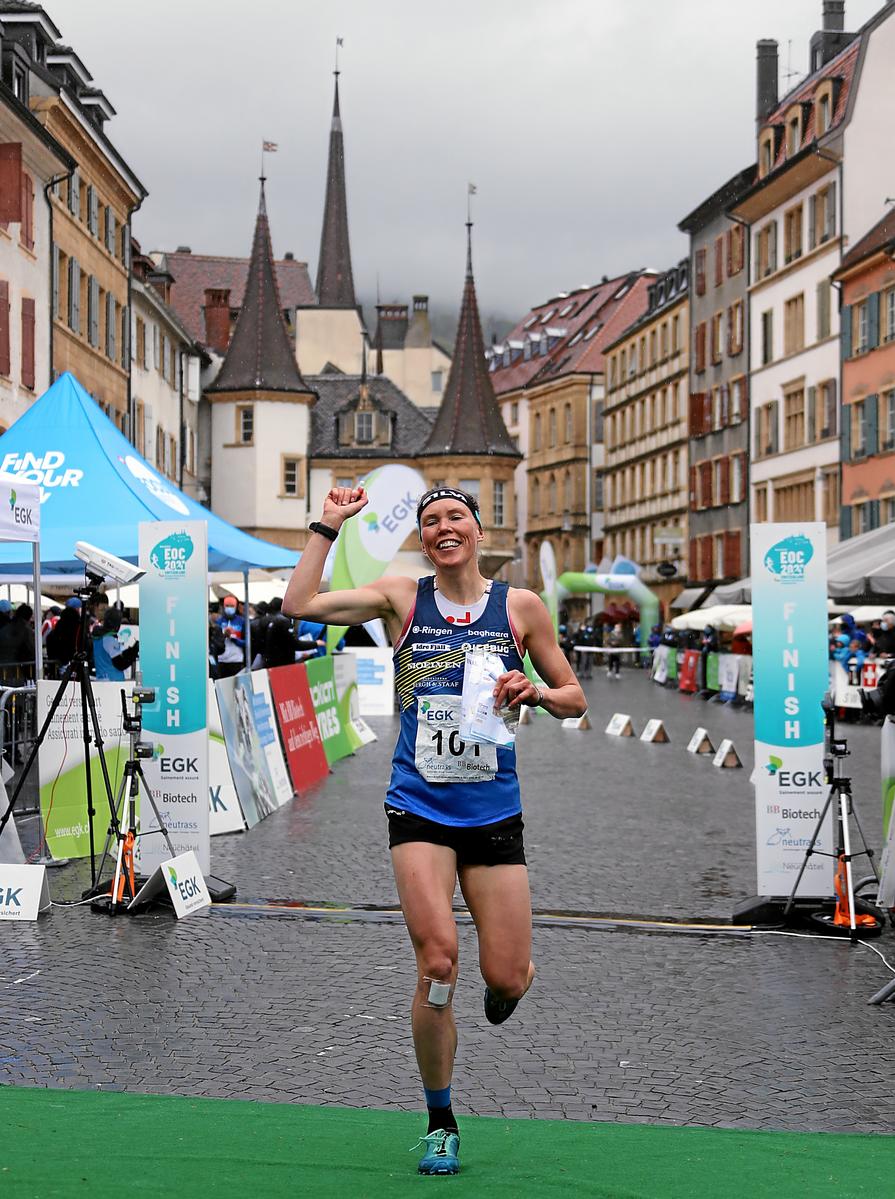 The final of the Knock-out Sprint was the second of three medal decisions at the EGK European Orienteering Championships 2021 on Saturday. In rainy and nasty weather conditions in Neuchâtel, the Swiss Matthias Kyburz for the men and Tove Alexandersson for the women showed convincing races.

Tove Alexandersson (SWE) and Simona Aebersold (SUI) demonstrated their skills in the women’s competition right from the start. They were the fastest athletes in the quarter-finals, semi-finals and ultimately in the finals. The Swede won the final race with an eight-second lead over the Swiss with a running time of just over seven minutes. The Norwegian Benjaminsen completed the podium 18 seconds behind.

The decision was much narrower in the men’s final. Winner Kyburz was only one second ahead of his team-mate Hadorn; third placed Norwegian Fosser was only three seconds behind the gold medalist. There were almost three medals in sight for the EOC host country Switzerland. Ricardo Rancan only missed the podium by a second in fourth place and was awarded an EOC 2021 diploma.

Yannick Michiels did not qualify for the finals of the six best men. The Belgian who was considered a favourite for a medal was surprisingly eliminated in the quarter-final.

The format of the Knock-out sprints in orienteering is still young. The discipline also celebrated its inauguration at the European championships. On Final day of the Knock-out Sprints on Saturday, the 36 best athletes were at the start who had recommended themselves for the finals in the qualifying races the previous day.

The k.o.-mode in the quarter- and semi-finals ensured that the fields of participants was constantly reduced. Only those athletes who took the first three places (quarter-finals) and later the first two places (semi-finals in their heat could secure a ticket for the final of the best 6 athletes. There were almost two kilometres to be covered per round and between 12 and 19 control points to be found. The constant contact with the opponents and the many changes of directions ensured that full concentration was required to advance another round.

Tomorrow, at the end of the EGK European Orienteering Championships, an individual sprint is on the program. As with the Knock-out Sprint, the finish arena will be located again on the Place des Halles in the middle of the city of Neuchâtel. No spectators are allowed on site due to Covid-19 measures, but the competition will be broadcast live on the Internet and Swiss TV (SRF2 at 13:15) as well as in several Scandinavian countries.